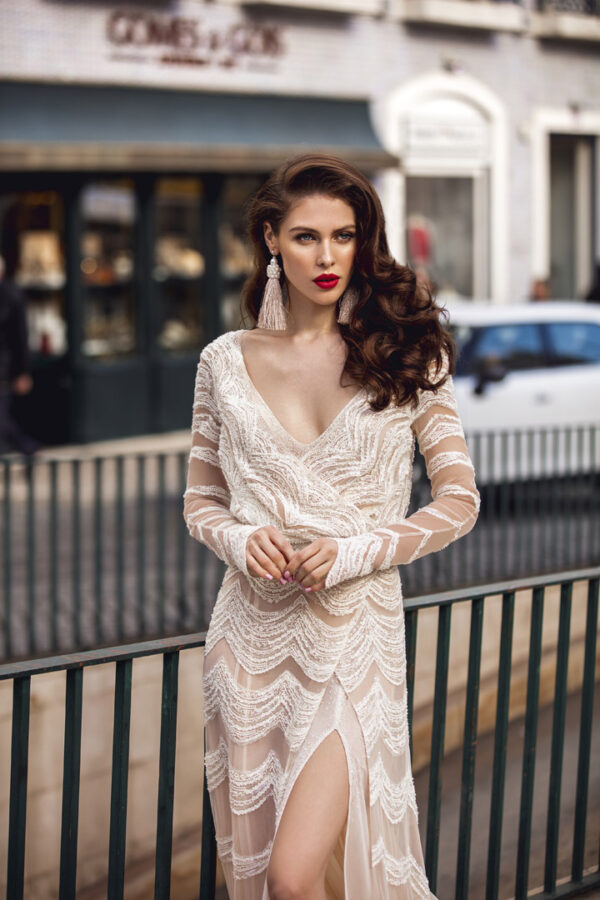 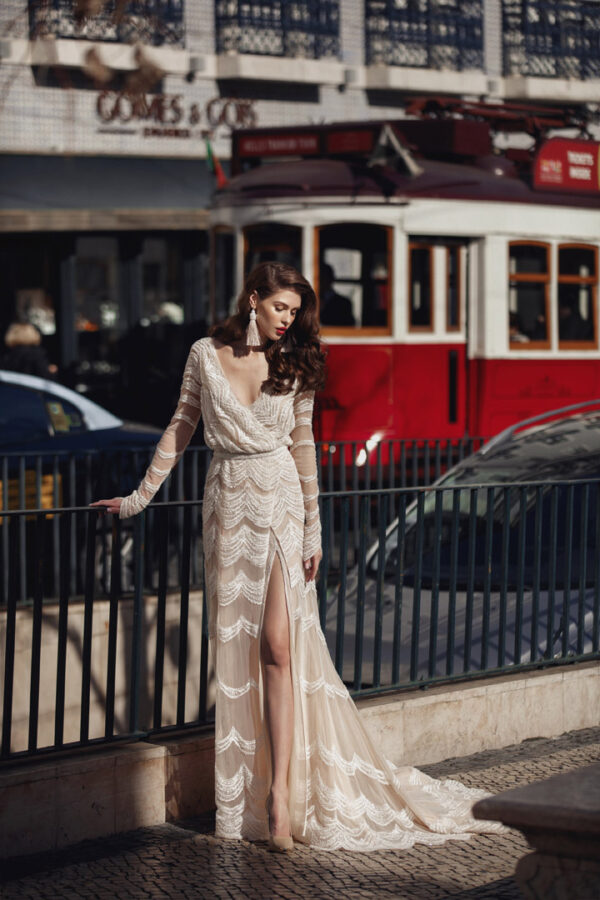 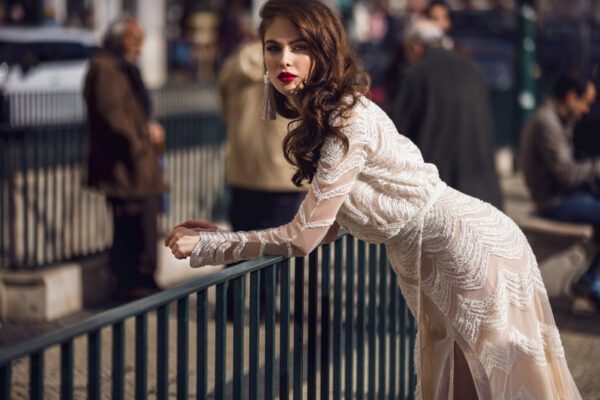 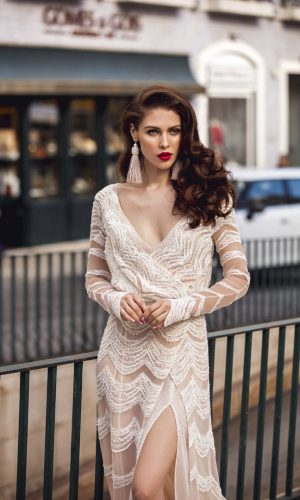 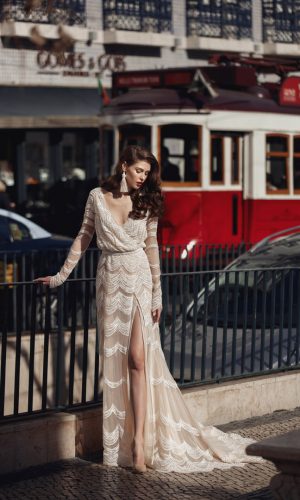 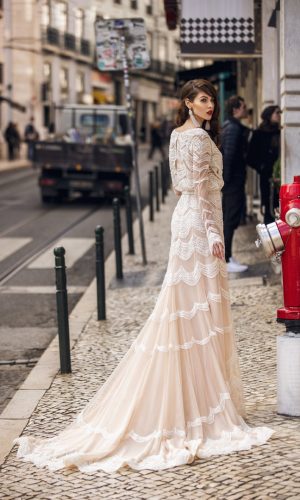 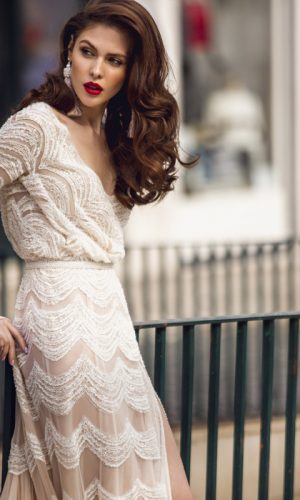 The resplendent dress Dulce de Aragon is the very epitome of an attractive modern woman. You will be immediately impressed by the harmonious flow of the finest lace bands that slide down the dress like the powerful but, at the same time, gentle waves of the Tagus. These lace waves envelop the entire dress and gradually engulf the graceful lines of the queenly tail shimmering with the tasteful embroidery of crystals and pearls.
The weightlessness of the dress bears a striking resemblance to a dainty fluffy feather of some exotic bird. This visual impression was created by the meticulous combination of the thinnest nets of ivory and nude hues. The dress itself is the unique image of a self-assured lady who is both demure and a bit coquettish. These contradictory notes are united in the accurately cut silhouette brightened up with the flattering embroidery which is so exclusive and unsurpassed that you won’t be able to take your eyes off its unique sparkle.
The dress is particularly eye-catching because of its “wrap” design, which creates the illusion of two separate dresses united in one marvellous confection. The design is intriguingly alluring and the low-cut décolletage as well as the slit that is going up one leg will leave all the gentlemen riveted to the spot. The exquisitely adorned belt is like the final chord in the love song dedicated to some ravishing Portuguese beauty.